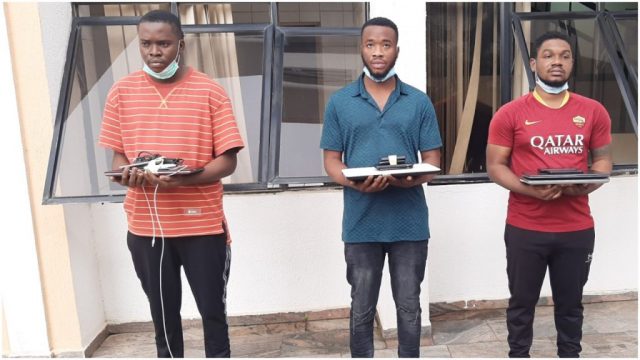 They were nabbed for alleged involvement in romance scams, identity theft and other internet-related fraud.

EFCC spokesman, Dele Oyewale, announced the operation in a statement on Monday.

They were apprehended in Flat G2, Plot 334, Dawaki, behind News Engineering in Abuja.

Oyewale said citizens in the area volunteered intelligence about the trio.

Two Lexus R350 SUVs, three laptops and phones were seized from them.

The suspects will be charged to court as soon as investigations are concluded.