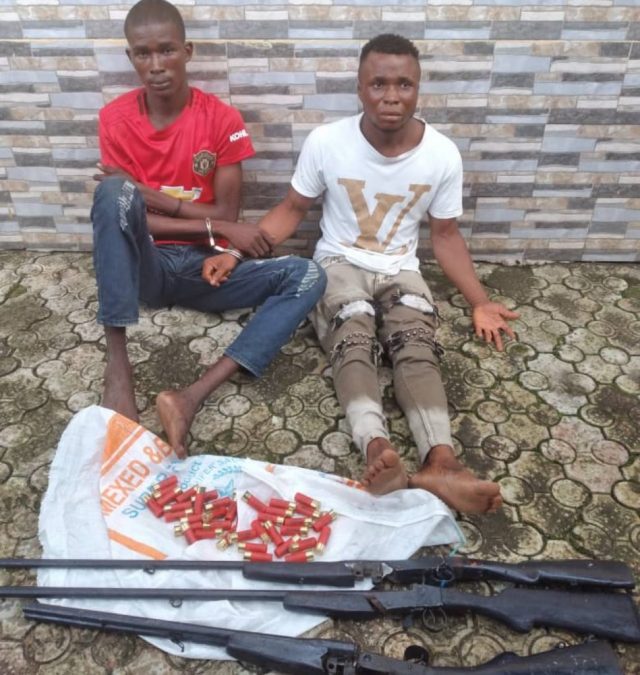 The suspects were arrested based on intelligence by operatives of the Eagle-Net Squad on Wednesday at about 1354hrs.

The Police also recovered a bag containing one double barrel gun, two single barrel guns and thirty-eight (38) rounds of live cartridges from the

When contacted for comments, the Delta State Commissioner of Police, CP Mohammed Hafiz Inuwa confirmed the report in a text message to our team.

He said investigation is ongoing to arrest other members of the notorious gang.