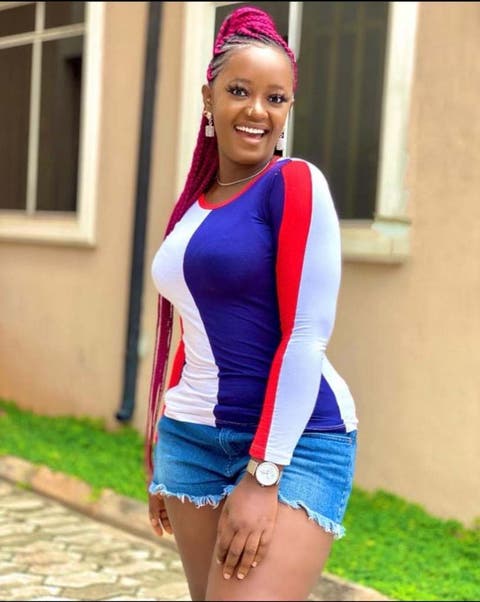 On-the-rise Nollywood actress, Luchy Donalds has established herself as one who loves to tow the path of decency and never off the edge when it comes to how she presents herself. Whether in the movies or on social media, the beautiful girl from Owerri North local government area of Imo State likes to keep her acts together and not step off the edge.

Hear her : “You see, nowadays, decency has become old-school to a majority of our society. Do not get me wrong, anybody, especially an adult has the right to do anything. For me, it’s okay to look beautiful, to be stylish and fashionable. It’s good for you as an individual, good for the brand you want to build. But what I do not condone is nudity. That is where I draw the line. Some people see it as an act of desperation, clout chasing, to trend or get traffic on your page.

To me, it does not in any way speak well of the person involved and the brand you are trying to build. One can lose jobs, contracts or endorsement deals with big and reputable companies because no one would want to work with someone that goes naked on the internet.

The actress who said she has featured in over 200 movies also bared her mind on being complimented as a sexy woman.

According to her, “Compliments are supposed to be like little confidence boosters. A compliment is when someone expresses their admiration for how well we did something or how well we look. A kind word really does go a long way. Especially when we are single and it comes from the opposite sex.

But not everything that comes from the opposite sex that our culture deems endearing is a compliment. Like being called “sexy!” “Sexy” in our society has become a replacement adjective for “beautiful” or “nice-looking”, but I have to be honest with you—this type of compliment to describe a woman’s beauty is totally inappropriate.

For a man to call you (a woman he isn’t married to) “sexy”, is him expressing his unrighteous lustful desires toward you and The Scriptures are clearly against being drawn away by the lusts of the flesh. As women, we are to be respected (and act) as dignified beings created by The Most High. We are to teach others how to respect us by controlling what we allow. And allowing random men to call you “sexy” is a form of disrespect.

Luchy Donalds has featured in films like “Mr Arrogant”, it was my first film Some of my works include, “The Miss & The Mistress”, “Kong’s Wife”, Chisom the Wife material, Too hard to forget”, “Forgiven Heart”, “Eno my Calabar Love” and many more.