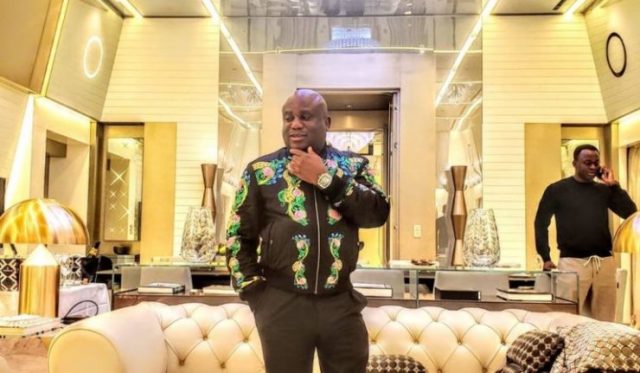 Terry Waya made the claim during an interview with BBC pidgin where he talked about how he made his money as a young man.

He also revealed how he got the contract to develop the luxury Banana Island in Lagos, Nigeria commercial capital.

Terry Waya revealed he was the first person that got the to develop Banana Island before he handed over to Lebanese-Nigerian Chagoury Group to complete the job.

According to Terry Waya nobody knew about Banana Island before and that one day he went to visit his bosom friend, General Adisa, and that was when he saw a big poster where they wrote “Banana Island.”.

Terry Waya then asked the minister about the poster and he told him they were looking for a partner to collaborate with to develop the man-made Banana Island and then sell it, therein the partner will have his share and the government also will have its share.

Because of his friendship with Adisa, he asked the general to give him the project, which he did get, Terry Waya then called on Chagoury to do the project and this was how the luxurious island was found.