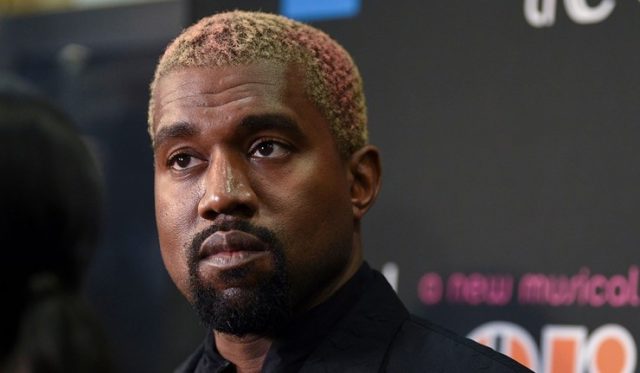 On Wednesday, Kanye, 43, took to Twitter and uploaded a tweet which included the phone number of a Forbes journalist.

The social media platform deems the sharing of people’s personal details as a breach of the site’s rules, it is seen as a violation of a person’s privacy.

It is also reported by NBC that Kanye called urged his fans to call the reporter alongside the screenshot of his phone number.

According to the Mirror, a Twitter spokesperson confirmed that the tweet was in violation of the rule but did not elaborate.

Kanye’s friend former NBA player Rick Fox revealed that the Stronger hitmaker was banned from posting on the site on his own Twitter feed.

“My friend @kanyewest wants you all to know that he was kicked off of @Twitter for 12 hours”.

Kanye’s exposing message has since been removed from Twitter and came alongside a number of posts by Kanye amid his battle with music label Sony and Universal.

This week the singer dubbed himself the “new Moses” and likened the music industry to “modern-day slavery.”

He also uploaded a clip of himself urinating on a Grammy Award.

Kanye’s suspension from the site, comes as his wife Kim Kardashian, 39, announced she was freezing her Instagram and Facebook on Tuesday, an act to stop “the spreading of hate, propaganda, and misinformation”.

In 2018 Kanye revealed he was diagnosed with bipolar disorder after years of unpredictable behaviour and a very public breakdown.