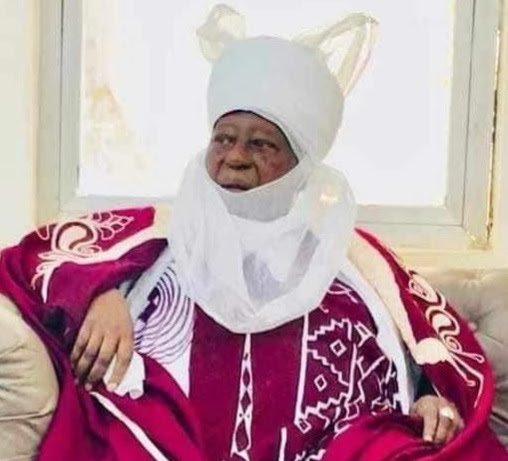 Sani expressed shock at the passing of Emir Idris, describing him as a titan of peace and bridge between religion.

His tweet read: “I received the shocking news of the demise of our Emir of Zaria HRH Alhaji Shehu Idris. We lost a unifying figure,a Titan of peace and an exemplar for tolerance.

He was a pillar of transformation and a Bridge between religion, culture and modernity. Inna lillahi wainna Illayhir rajiun.”

Also, the Kaduna State Governor, Nasir El-rufai giving details about his death, said the Emir of Zazzau, died at 44 Military Hospital Kaduna after a brief illness.

El-rufai on his Facebook page added that the Janazah prayer in Zaria is scheduled for 5pm.

“All Covid-19 protocols to be complied with as much as possible during the funeral prayers and condolences.

I have informed President Muhammdu Buhari of the great loss and offered our condolences. The Chief of Staff to PMB, Prof Ibrahim Gambari will lead a Federal Government delegation to Zaria to condole with the family of High Highness, Zazzau Emirate Council and the people of Zazzau Emirate and Kaduna State.

“We have lost a rare gem, a source of wisdom and guidance and a true father of all. May Allah Grant his soul abode in Aljanna Firdaus. Amin,” El-rufai added.