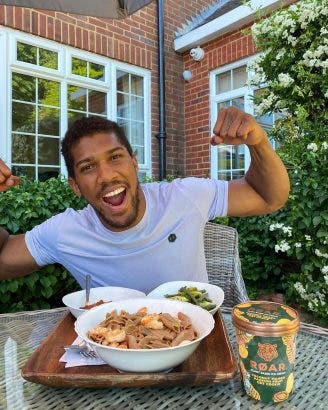 Two-time heavyweight champion, Anthony Joshua has opened up that he would rather carry a plastic bag with £5k in it than a £5k LV bag with £100 in it.

He made the revelation on his Snapchat page, as he encouraged his fans to keep working hard.

Joshua said the dream was to build generation wealth and not to spend on irrelevant stuffs because the goal is to win and not took like we are winning.

The goal is to win not for us to look like we are winning.