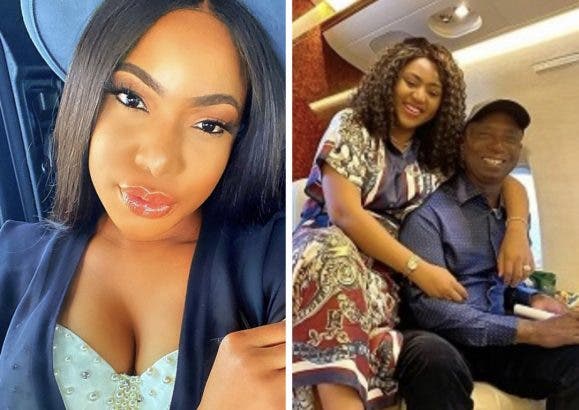 Recall that he was recently dragged after rumours revealed that he was having a romantic relationship with Chika Ike.

In a video that went viral, a blogger named Ada Nanka was heard narrating how Regina Daniels’ mother, Rita Daniels threatened to go spiritual on Chika if she refuses to leave her daughter’s husband alone.

Nanka claimed that actress Chika has resumed a love relationship with the billionaire businessman, as she said Regina Daniel’s mother has warned Chika to leave her daughter’s husband alone.

However, Chika replying a question and answer on Instagram, address the issue as she said she has no intention of being anybody’s seventh wife.

After weeks of silence, the billionaire businessman has finally cleared the air.

Speaking in a statement released by his media directorate, he dismissed the reports as fake and wicked as he tells people to leave his family alone.

According to him, he hasn’t spoken to Chika in the last years.

He said,“I have not spoken to Chika Ike in two years. I have not seen her. This is wicked. People should leave me and my family alone”.