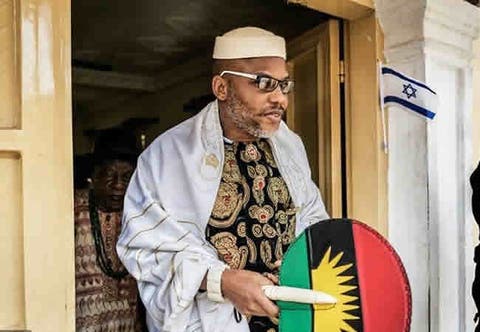 The leader of Indigenous People of Biafra, Nnamdi Kanu, has told his members to “capture” Abia State Governor, Okezie Ikpeazu, to face trial for the alleged role he played in the killing of #ENDSARS protesters in the state.

Kanu, in a statement that he personally signed, ordered that Ikpeazu must be apprehended  anywhere he was sighted.

The statement read partly, “Okezie Ikpeazu is in Asaga village Ohafia. He is hiding in the house of his Chief of Staff, one Ukpai Agwu Ukpai.

Our youths in Ohafia are hereby instructed to capture him alive to face trial for the numerous murders he committed including the death of protesters yesterday (Tuesday) in Aba. On no account must he be allowed to leave Ohafia alive. Its an order. “

He urged the #EndSARS protesters not to give up, adding “the  oppressors will try every option including shooting to quell the protest, but nobody should be deterred.

“We call on every youth, man and woman to join the protests now. This is the time everybody should identify with this movement  to rescue our collective future and destiny from suffocation.”