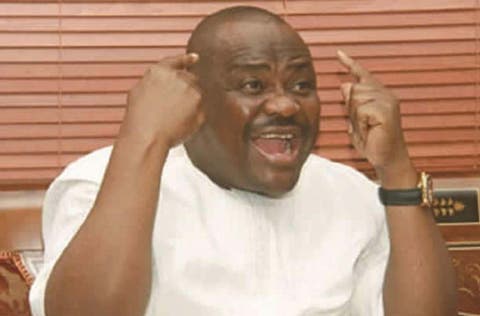 Governor Nyesom Wike of Rivers State has declared one Stanley Mgbere wanted with a N50 million bounty for his arrest for allegedly leading proscribed Indigenous Peoples Organization of Biafra (IPOB) on Wednesday’s fatal attacks in parts of Rivers state.

The suspected IPOB members in the attacks from dawn of Wednesday left two police officers killed as they razed the Police Area Command, Obigbo, Afam Divisional Police Office and a court, all in Oyigbo Local Government Area (LGA) of Rivers while attempted invasion of two other police stations were repelled.

Wike, in a Friday night broadcast also charged security operatives to arrest anyone connected with IPOB in Rivers, banning any form of procession or agitation by the group or any of its affiliates in the state.

He said, “Security agencies are directed to stop any form of procession or agitation by IPOB in Rivers or any part thereof and arrest and prosecute any person or group that identifies with IPOB in the State. Government will issue executive order to strengthen effective enforcement of these measures.

“Today (Friday), IPOB continued with its devilish and destructive activities at Rumukwurushi, Iriebe and Oyigbo in open defiance of the State Government’s curfew on human movements.

Security intelligence and surveillance reveal that IPOB has continued to expand membership drive, holding meetings regularly, and expanding its logistical base, including maintenance of illegal detention cells in Emenike and other parts of Diobu, Port Harcourt.“Oyigbo town has practically become the group’s main operational base in Rivers, from which they’ve become notorious for launching premeditated violence and terror on the State, businesses and innocent citizens.

“As a people, we have become very much unsettled by the terrorist acts and endured the continuing irritations, violence, destruction and provocations of IPOB in and against the people of Rivers State.”

He called for calm in Oyigbo, appealing to residents to remain calm and not take the laws into their hands despite the intense provocation, assuring on government’s capacity to deal with the challenge and ensure the safety of lives and property in the area.

He further assured that his administration will soon carry assessment of destruction suffered in the recent violence and take appropriate measures to mitigate the losses and damages to lives and property while sympathizing with families of those killed.

We know where kidnappers are. We are only being careful- Lai Mohammed