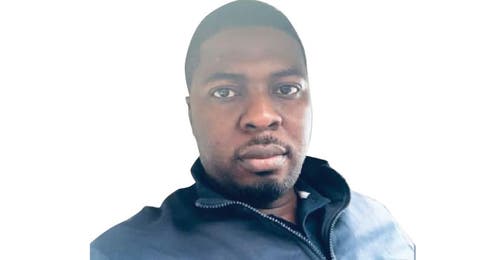 Your company was said to have come under attack by some hoodlums. How did it happen?

We got some intelligence reports informing us that there might be an attack on our facilities. That was why I released a press statement on the day preceding the attack, informing the general public that there were no COVID-19 palliatives stored in our warehouses. What we had were mosquito nets kept with us by the Ministry of Health in Osun State. We gave the ministry our warehouses to use without collecting money.

Where were you when the attack took place?

I was within the premises. I personally pleaded and spoke to some of the agitators when they arrived and took them round to see that there were no COVID-19 palliatives at our warehouses. Initially, they agreed and left but all of a sudden, they came back and started pelting us with stones. They pulled down our fence and entered the premises.

How many people stormed the farm?

What are the things you lost to the hoodlums?

They took all our products like water, biscuits, bread and smoked chicken; raw materials like flour, sugar, syrup and preservatives; chairs, armoured cables, printers and computers. They basically took everything they could lay their hands on.

What is the cost of the looted items?

We estimated everything looted to be about N150m based on our previous stock position as of Friday October 23, 2020.

One of your employees was said to have been killed. How was he killed?

Mr Abdul-Rasheed Olawale was shot and we suspect that he was able to identify some of the perpetrators. He was shot about 10 metres behind me. Initially, when we heard the gunshot we all ran for safety. Afterwards, we observed that he had been shot and we rushed him to the closest hospital which also happened to be our registered company hospital. I even called the doctor that came personally to attend to him. But he did not make it. I pray for eternal rest for him

How has the attack affected your company’s operations?

As Muslims, we believe this is a test from Almighty Allah. He gives and He takes as he so wishes. We are planning to resume skeletal operations. We have reordered some raw materials which would allow us to restart about 15 to 20 per cent of our operations. Tuns Farm is over 40 years old. We are a diversified company with interests in farming, poultry, food and others. Some of the other units would need their parts to be ordered and replaced. We are hopeful that by the beginning of next year, all the units would be functioning at a capacity of 50 per cent.

What is your next line of action?

I believe the police have some people in custody regarding the attack. I won’t want to say much so as not to hamper their investigation. I am aware that the major perpetrators and instigators, who hid behind the #EndSARS movement, have been picked up and would be charged to court. We hope that they will be prosecuted. This is a case of armed robbery, stealing, murder and conspiracy. They (hoodlums) were organised. Prosecuting them is the only justice we can get for the late Abdul-Rasheed. I think it is a rather unfortunate incident. Our Chairman, Chief Tunde Badmus, is well known for his philanthropic gestures. He does not discriminate and he has always been given to his community. During the time COVID-19 was at its peak in the state, our company went round sharing our products to the law enforcement agents and the people of the town to mitigate the hardship the restriction of movement might have caused. It would interest you that various groups, such as the association of the deaf and some indigenes, came to defend the company. It could have been worse than what happened. In all, we thank Almighty Allah and pray for the soul of the departed.