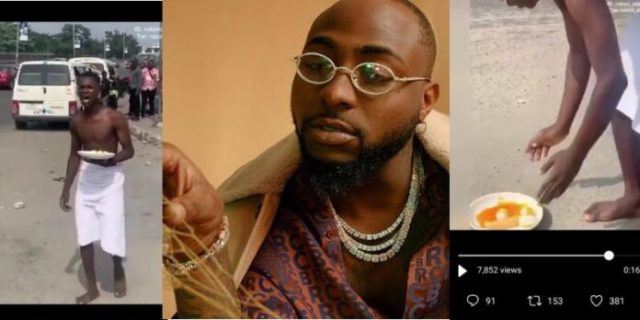 A young man was recorded in Lagos as he offers a sacrifice in broad day light commanding Davido to release his “A Better Time” Album.

In the viral video circulating online, an anonymous young man took the streets bare-chested with only a white towel wrapped around his waist whiles holding a plate of boiled eggs.

He later left the plate of egg on the floor and walked away after the commanding Davido to release his third studio album “A Better Time”.