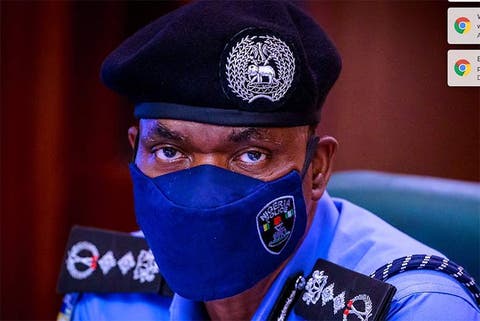 Weeks after many police stations were destroyed, the Inspector-General of Police Committee on EndSARS Protest Damage Assessment has said that many police officers in Lagos State are still missing and unaccounted for.

The committee, which was in Lagos to assess the extent of damage to police assets on Saturday, disclosed that the level of destruction suffered by the force would affect the quality of policing and security in the state.

The chairman of the 10-man committee, Yaro Abutu, a Commissioner of Police, told our correspondent on the telephone on Saturday that many policemen had no stations to resume to, while other cops no longer had uniforms.

He explained that his committee, which was heading for Ogun State in continuation of its assessment, had yet to quantify the losses suffered by the Lagos State Police Command.

Abutu said, “Do you know that at some of the stations, we cannot account for the policemen yet because when the mob came, some (cops) were killed and taken away, some were chased into the bush and the waterways. So, these are the kind of things we are still working on.

“We are still collating the number of destroyed police patrol vehicles, exhibits vehicles, personal vehicles and those belonging to the members of the public parked at the stations.

“From the damage recorded in terms of police patrol vans, it has a heavy impact on the quality and availability of patrol services in Lagos for the next few months, even till next year; it is massive. And to compound it, the patrol vans are brand new.”

The CP explained that police officers whose stations were razed were severely limited by the lack of offices from where they could carry out their operations.

“They (policemen) are hanging around their stations like IDPs (internally displaced persons). Not only were the stations burnt, their uniforms were also burnt. Because of the cosmopolitan and congested nature of Lagos, most policemen keep their uniforms in their offices. A good number of them hardly go back home until the weekend.”

Abutu appealed to those with stolen police firearms to return them.

The Yaro-led team inspected Atan-Ota Police Division in the Ado-Odo/Ota Local Government Area of the state, which was razed down by the arsonists after the Divisional Crime Officer in charge of the command, DSP Augustine Ogbeche, was murdered .

The team inspected the nearly-irreparable damage done to structure and the eight vehicles vandalised.

The Police Public Relations Officer in the Ogun State, Abimbola Oyeyemi, described the attacks as one of the hazards of the police duty.

‘Protect lives of policemen under you’

The Assistant Inspector-General of Police, Zone-13, Ukpo, Anambra State, Danmallam Mohammed, has charged Commissioners of Police in charge of Anambra and Enugu states to protect the lives of police personnel and other citizens under their commands.

Scores of police personnel were killed in the area during the #EndSARS protests, hijacked by hoodlums.

In a statement on Sunday by the Zonal Public Relations Officer, Zone 13, Ukpo, Anambra State, Nkeiruka Nwode, the AIG tasked CPs in the zone to repel violent attacks in their commands with reasonable and lawful force.

The statement reads in part, “The AIG, Danmallam Mohammed, has charged Commissioners of Police in charge of Anambra and Enugu respectively to deploy every lawful force to protect lives and property of citizens, police and government property, officers of other law enforcement agencies and their families from malicious attacks from persons, groups who might be operating under any guise and circumstances.

“The AIG stressed that Zone 13 won’t tolerate a repeat of the outing that erupted in the past where police officers under the zone suffered fatal attacks, stations burnt and patrol vehicles set ablaze.”