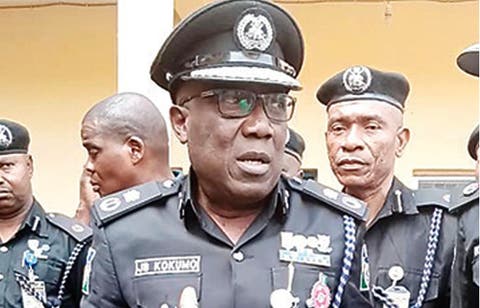 It was gathered that the assailants got to the police station around 8pm and threw an object, suspected to be locally-made dynamite, into the station before gaining access.

With the explosion rocking the building, the armed men reportedly headed for the armoury, where the arms and ammunition were stolen.

The attack, it was further gathered, sparked a protest in the locality, as hundreds of youths took to the streets and called on the government to probe the incident.

Early reports indicated that the two injured police officers later died and their bodies deposited in a mortuary.

But the Edo State Police Public Relations Officer, Chidi Nwabuzor, said the officers were not dead.

He said, “On November 9, 2020 around 7.30pm, hoodlums suspected to be armed robbers invaded the police station at Igueben. Immediately, police personnel were mobilised to repel them.

During the gun duel, one of the suspected armed robbers was shot dead. Two policemen were wounded and they were taken to the hospital. One motorcycle, suspected to belong to the robbers, was confiscated by the police. No policeman was killed in the attack.”