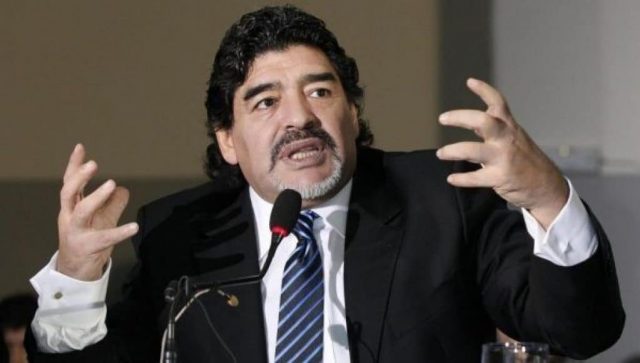 Barcelona captain, Lionel Messi, has paid tribute to Diego Maradona, following his compatriot’s death on Wednesday.Maradona died at the age of 60 after suffering a cardiac arrest in his home in Buenos Aires.Both Messi and Maradona are widely regarded as two of the best players of all time, and the Argentine duo are often compared to each other due to their similar playing styles.Maradona also coached Messi with Argentina’s national team at the 2010 World Cup, where they were knocked out by Germany in the quarter-finals.Messi wrote on Instagram: “A very sad day for all Argentines and for football.

He leaves us but does not leave, because Diego is eternal.“I keep all the beautiful moments lived with him and I wanted to take the opportunity to send my condolences to all his family and friends. RIP.”