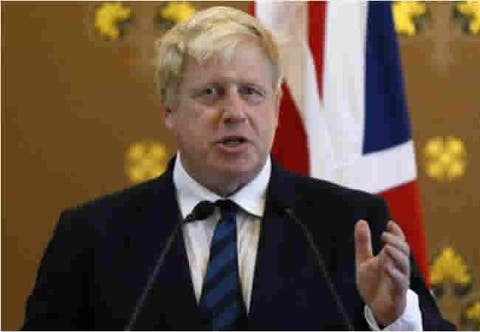 Britain announced Friday it will set up a watchdog to regulate tech giants such as Facebook and Google, help protect smaller competitors and give consumers more control over personal data.Britain’s announcement comes as US tech giants are facing increasing scrutiny around the world over their power and as other countries step up their regulatory powers.“Our new, pro-competition regime for digital markets will ensure consumers have choice, and mean smaller firms aren’t pushed out,” said Business Secretary Alok Sharma.The measures are due to come into force after Britain goes it alone at the end of a post-Brexit transition period from the European Union.Next month the EU is to present its own major legislation called the Digital Services Act, which will set out rules for strict oversight over big tech.Britain’s Department for Culture, Media and Sport said the new regulator, the Digital Markets Unit, will “govern the behaviour of platforms that currently dominate the market, such as Google and Facebook”.The aim is “to ensure consumers and small businesses aren’t disadvantaged”, it said.

Britain’s Digital Secretary Oliver Dowden acknowledged the online platforms bring “huge benefits for businesses and society” but said the “concentration of power amongst a small number of tech companies” was curbing growth and innovation, which could have “negative impacts” for the public.A new statutory code will aim to make the tech giants “more transparent about the services they provide and how they are using consumers’ data”, the government said.Consumers will also be able to choose whether to see personalised advertising.Google reacted by saying it wants to “work constructively” with the new regulator.Facebook said it remains “committed to working with our UK industry partners to find ways to support journalism and help the long-term sustainability of news organisations”.It is preparing to launch its Facebook News service in the UK, which works with news media and includes original reporting.– ‘Illegal monopoly’ –Britain’s move comes after the US Justice Department last month filed a landmark lawsuit against Google, accusing it of maintaining an “illegal monopoly” in online search and advertising, a claim that Google has described as “deeply flawed.”

The new British regulator will be launched in April and could have powers to “suspend, block and reverse decisions of tech giants”, order them to take actions and impose fines.The government said the new code of conduct would also “support the sustainability of the news publishing industry” by forcing online platforms to offer fairer terms to news media.Google and Facebook are facing mounting pressure internationally to hand a larger share of their advertising revenue to media organisations whose content they use.Australia this year drafted legislation to force Google and Facebook to pay news media for their content. Following EU legislation, Google has already signed similar agreements with French newspapers.Newspapers are dependent on the online giants for traffic, with around 40 percent of visits to their sites coming via Facebook and Google.The British unit will become part of the existing UK Competition and Markets Authority, which said in July that the existing laws were not effective and a new regulatory regime was needed to control internet giants. The CMA has not taken direct action against Facebook and Google, however.According to the CMA, last year around 80 percent of the £14 billion ($18.7 billion, 15.7 billion euros) spent in Britain on digital advertising went to Google and Facebook.