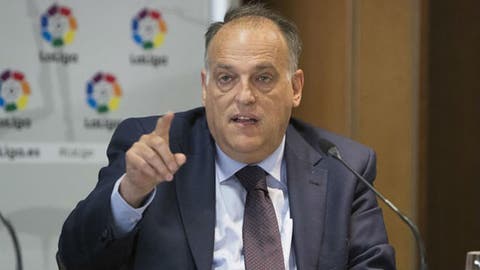 La Liga president Javier Tebas on Tuesday said that football fans will be able to return to Spanish stadiums next year, possibly as early as January.Professional matches in Spain have been played behind closed doors since the end of the coronavirus lockdown.“Yes, we will have fans (in 2021). We’ll start with a few and then we’ll see,” Tebas told television channel Sexta.When asked about a possible date when supporters could return, Tebas said: “For January, we hope.”

La Liga will first need the green light from the government for fans to be allowed to attend matches.“I have never stopped thinking about the return of the public. The supporters are important for football and football is important for the supporters,” Spain’s Secretary of State for Sports Irene Lozano said on Tuesday.“I am hopeful that with the vaccine on the horizon, we can have fans (in the stadiums), or at least partially, before the end of the season.”