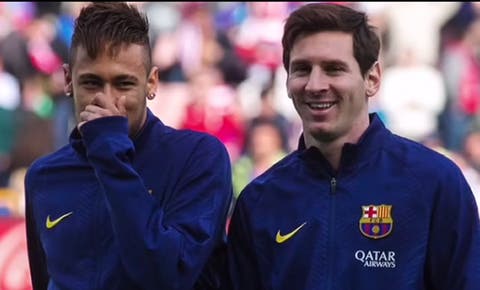 Paris Saint-German star Neymar has revealed he wants to play alongside former Barcelona team-mate Lionel Messi next season.According to Goal.com, The Brazilian was speaking with ESPN after Paris-Saint Germain’s 3-1 defeat of Manchester United. Neymar scored twice in the victory.Both players were teammates at Barcelona where they formed a strong partnership with Luis Suarez.Neymar left Barcelona in the summer of 2017, however, joining PSG in a world-record €222 million transfer.

I want to play with Messi again,” he said. “It’s what I want the most. I want to enjoy being on the pitch with him again.

He can play in my place, I have no problem with that! But I want to play with him next year, for sure. We have to do it next season.”Meanwhile, Messi’s future with Barcelona is in major doubt after a tumultuous summer that saw him request a move away, only to rescind that request after the club vowed he would have to battle them in court over the validity of his release clause.