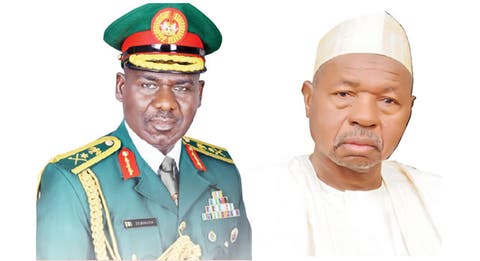 The President, Major General Muhammadu Buhari (retd.), and military authorities came under fierce backlash on Saturday following the abduction of many schoolboys from the Government Science Secondary School, Kankara in the Kankara Local Government Area of Katsina State on Friday night.The Peoples Democratic Party, the Southern and Middle Belt Leaders Forum and others described the incident as unfortunate, saying it was a sad reminder of the abduction of the Chibok schoolgirls in 2014. They noted that it was worrying that such mass abduction could take place under the watch of the various security agencies.Gunmen suspected to be bandits Friday night invaded the school, a male only boarding school, and abducted an unspecified number of pupils. Residents said the gunmen invaded the school around 10:15pm and shot at one of the policemen manning the main gate.The policeman, who was reportedly wounded in the leg, is said to be receiving treatment in hospital.It was learnt that the bandits then proceeded to the staff quarters where they abducted the wife of a staff member before storming the pupils’ hostel where they gathered and abducted an unspecified number of pupils.Military sources disclosed that troops of the Nigerian Army later arrived at the school to confront the bandits following which they (the bandits) left with some of the pupils.Some of the pupils were also said to have escaped from the school during the gun duel between the troops and the gunmen.The spokesperson for the Katsina State Police Command, SP Gambo Isah, confirmed the incident but did not disclose the exact number of students abducted.When contacted on Saturday morning, he said, “We are still doing a head count to know the number of pupils (affected), maybe no pupil was even abducted as some of them had to escape from the school during the gun duel. So, I cannot give you the exact number of pupils abducted for now.”A senior staff member at the school, who spoke on condition of anonymity, equally said a head count was being done, adding that parents had been coming to the school since early Saturday morning to know the fate of their children.ACF urges security agents to go after banditsThe pan-Northern socio-political organisation, Arewa Consultative Forum, which condemned the abduction, said security agents should swiftly go after the bandits to rescue the pupils.ACF National Publicity Secretary, Mr Emmanuel Yawe, told one of our correspondents in Kaduna on Saturday, “That this is happening in the President’s home state and at the time of his visit is not only serious but calls for concern. We at the ACF are not happy with the security situation in the country.

“ACF shares the concern of the traumatised parents and hope that their beloved ones will join them soon. We call on security men to act swiftly by apprehending the criminals and bringing them to justice.”