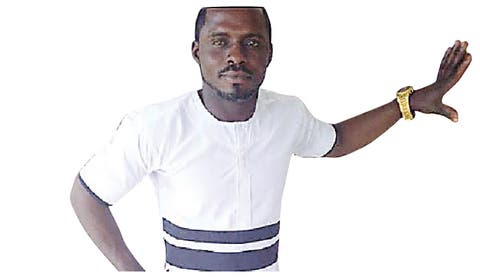 What was your relationship with the late Oyeyemi Adeleke who was recently stabbed to death in Osogbo by one Pastor John?I live in the same house with both Oyeyemi Adeleke, who was stabbed to death and Pastor John, who killed him. We live in a storey building in the Awosuru area of Osogbo.How did the incident happen?On that day, I saw Pastor John outside, sitting down when I entered into the house. The man was not mentally stable. I didn’t even greet him and he didn’t bother that I ignored him. I was charging my phone inside my room when I heard a noise outside about one hour later and I quickly ran out. Those I met outside said Pastor had injured Adeleke and we all went outside the house to where he was lying. When we got to the verandah, we saw traces of blood. We followed it and it led us to where Adeleke was lying in the compound.What did Pastor do to him?He stabbed him in the stomach and his intestine gushed out. He was bleeding profusely as we tried to revive him. He was still breathing at the time.What did you do then?We wanted to take him to the hospital immediately because his condition was critical. We took him out of the house and carried him to the main road. We could not get a vehicle because it was getting late. The incident happened around 9:30pm on Wednesday, December 2, 2020Did he eventually get to hospital?No, he died before we could reach the hospital. One of his siblings brought a motorcycle and we wanted to put him on it, while another person would sit behind him. While trying to do that, we observed that he was no longer breathing. He died about 10 minutes after he was stabbed.But we heard he was taken to the state hospital at Asubiaro, OsogboAbout 30 minutes after he died, some officials of the Osun Ambulance Scheme came. They did not however take him. When the officials were told that he was dead; they did not wait. They left immediately.Was there a fight between Adeleke and the pastor before the incident? No, the two of them used to be very close. They were the best friends in the compound. We had all been living together in the house for almost five years before the incident.Then, what happened between them on the day of the incident?I was inside my room. Those that were near the scene said as Adeleke was returning from work that evening, he saw Pastor John outside and simply asked if he had taken his drugs. That was all he said. Adeleke had not even entered his room. His wife and children were inside. He was just returning from his place of work. He worked as a car wash attendant.What drug was Adeleke asking about?The pastor had not been mentally stable. May be Adeleke was referring to the drug that people suffering such conditions usually take, I would not know. But all he did that infuriated Pastor was that he asked if he had taken his drugs.Was he a full-time pastor?He could not be said to be a full-time pastor. He used to attend a church whenever they had programmes. But I dont know where the church is located. He could do any work because of his state of health.From what the police said, after the pastor stabbed the deceased, he also died mysteriously. What happened to him?Pastor John also died. He was beaten to death. Immediately he stabbed Adeleke, all of us in the house ran out in fear. The following morning, we heard he had been killed but we don’t know who killed him. We all ran out of the house after he attacked Adeleke.Was the family of Pastor John living with him?He had a wife and a child. But a week before the incident, we observed that the woman and the child left the house and did not return. The woman packed out.Could that have been responsible for his action?I really can’t say.Before the incident, what kind of a person was Pastor John?He was not troublesome. He usually went to church and returned home. The mental challenge he had did not allow him to work, but he was constantly being monitored and treated. No one could tell what made him to act the way he did. My plea to people of goodwill is to come to the aid of the wife and children that Adeleke left behind. He had a wife and three children. The woman will really need support to raise those children.