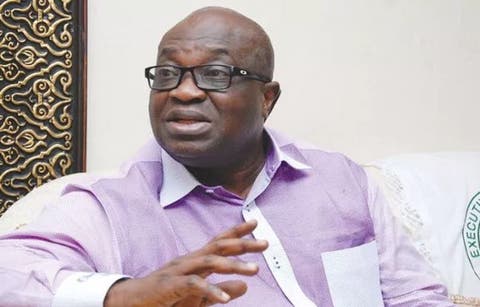 Gov. Okezie Ikpeazu of Abia has banned the collection of revenue along major roads to check activities of touts in the state.

Ikpeazu made the announcement in a statement issued by his Chief Press Secretary, Mr Onyebuchi Ememanka, and made available to newsmen in Aba on SaturdayThe governor noted that the activities of touts had increased in parts of the state due to the culture of revenue collection along major roads.

He said that revenue collection along major roads had been hijacked by touts, who had become a nuisance to residents

Ikpeazu further directed the Chairman of Osisioma Ngwa Local Government Area, Mr Christian Kamalu, to immediately rid the Osisioma Flyover of touts to restore decency.“Henceforth, it has become illegal for any revenue agent to waylay or harass motorists or other road users along major roads in the state.“The police and other law enforcement agencies have been told to enforce this directive, anybody found culpable will face the law,” he said.

Activities of touts had remained visible in the state despite a law passed by the Abia House of Assembly, and the state government banning touting in 2016.