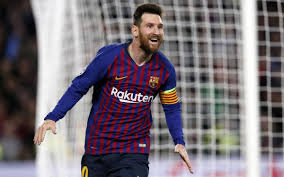 Barcelona defeated Athletic Club, thanks to goals from Messi and Antoine Griezmann.Jordi Alba did score an own goal against Barcelona at Camp Nou.Messi’s strike against Athletic Club means the Argentine captain is the first player in the club’s history to score 650 goals for Barcelona in all competitions (456 in the LaLiga), 49 of them have been direct free-kick goals (38 in the league), according to Opta Jose.The win over Athletic Club means Barcelona are now in the second position on the La Liga table with 40 points from 20 games.

Messi will now hope to lead Ronald Koeman’s men to victory when they tackle Granada in their next La Liga fixture Wednesday.Meanwhile, Messi had last month made another record following his side’s La Liga 4-0 away victory over Granada.