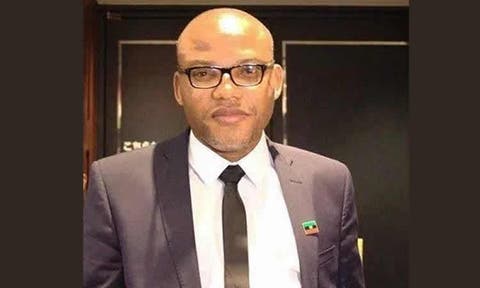 THE Indigenous People of Biafra has decried the blocking of the Facebook account of its leader, Nnamdi Kanu.In a statement by the group’s Media and Publicity Secretary, Emma Powerful, on Wednesday, the group described the action as despicable and petty.While accusing the Federal Government of having a hand in the conspiracy, IPOB described Facebook as an accomplice of mass murder.

The statement read in part, “We strongly condemn this attitude of Facebook managers in Lagos and Abuja who collude with corrupt Nigeria government officials to suppress free flow of information via their platform.“This unconscionable and reprehensible attitude amounts to partnering with perpetrators of human rights abuses and other criminal activities masterminded by the Nigeria State against innocent citizens.“The Fulani-controlled Federal Government and its foot soldiers – terrorist herdsmen and bandits – have continued to subjugate indigenous nations in the country, including Biafra, with the intent for conquest.

These foot soldiers on daily basis unleash all sorts of mayhem on the innocent and hapless indigenous peoples while the Federal Government mischievously remains docile.“These vampires masquerading as herdsmen have forcibly seized our forests and converted our farms to grazing fields for their cattle. They have equally turned our ancestral lands to slaughterhouses where they kill with impunity, in most dehumanising manners, innocent locals going about their legitimate business.

“They commit these crimes unchallenged by security operatives. They kidnap for ransom, maim and rape our women. They feed their cattle with our crops, and Facebook is saying we don’t have a right to cry out?‌“Now that our Leader has started exposing the atrocities of these wolves in human clothing, Facebook have decided to be an accomplice to mass murder and oppressive tendencies of Fulani Janjaweed rulers of Nigeria.”IPOB added, “Why should Facebook block the account of the leader of the largest peaceful mass movement in the world for speaking the bitter truth people are too terrified to talk about?

We are very resolute in our resolve to restore Biafra and will not be deterred. If you like block all Biafran activists on your platform, we shall keep pushing on until Biafra is fully restored.”