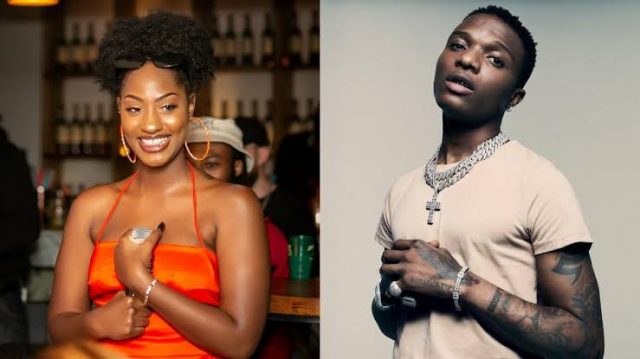 Nigerian singer and songwriter, Tems has crowned Wizkid the greatest of all time ahead of Davido and Burna Boy.Amidst the ongoing debate on social media over who is tye greatest of all time (GOAT) between Wizkid, Davido and Burna Boy, Tems has now given her own judgment.Wizkid and Tems early hooked up on a song on Made in Lagos album titled Essence. The adorable tune is already racking up numbers and trending in Nigeria, UK and other countries including South Africa.On a question and answer session with her fans on Twitter, Tems crowned Starboy the greatest of all time. She was simply asking what it was like working with Wizzy and she had this to say