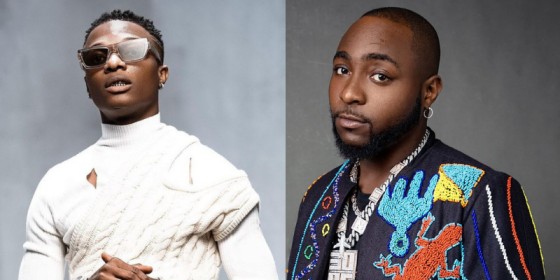 The headies award Wizkid got, as the “artiste of the year”, had met a lot of reactions from fans, well-wishers and haters.We woke up this morning to see a tweet by American rapper – 6lack, saying wizkid dropped the best album during this pandemic.

Wizkid FC have been going on and on about how amazing his songs have been and would always be. Trust the haters, they aren’t always far behind, pouring their hate comments on Twitter.Then one Princess Ada came out this morning & called out Davido’s fans by saying:“The pain Davido fans feel is knowing fully well their Album flopped, They are living in past Glory of IF and Fall. They are hating and attacking on upcoming artists for appreciating Wizkid Greatness. Davido Fans are pure cancer to the music industry.”