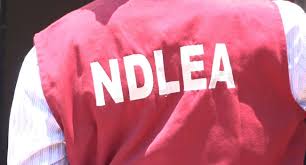 The National Drug Law Enforcement Agency and the Ekiti State Government have agreed that the issuance of drug-free certificates for intending couples should be a condition for the solemnisation of marriages in the state.They also agreed to collaborate with stakeholders on how to tackle the scourge of drug abuse.These were some of the highlights in a communiqué issued on Thursday at the end of a one-day town hall meeting with the theme, ‘Walk away from drugs’, organised by the state Ministry of Justice in collaboration with the NDLEA in Ado Ekiti.A statement by the Director, Media and Advocacy, NDLEA, Femi Babafemi, said the guest speaker at the meeting was the Chairman/Chief Executive of the agency, Brig. Gen. Buba Marwa (retd).Governor Kayode Fayemi was represented by his deputy, Otunba Bisi Egbeyemi, at the event which was also attended by the Deputy Speaker, Ekiti State House of Assembly, Hakeem Jamiu; first class monarchs, members of the State Executive Council, local government chairmen, civil society organisations, non-governmental organisations, women and youth groups.

The state and the NDLEA agreed on “the development of intelligence sharing network mechanism at the grassroots level with a view to dismantling the cultivation, manufacturing and use of illicit drugs and arrest drug barons and their cohorts.”The communiqué read in part, “Drug-free certificate should be demanded before solemnisation of marriages; establishment of drugs control prevention committee in all communities to comprise NGOs, faith-based organisations, religious and opinion leaders, royal fathers, parents, youths and other relevant stakeholders; strong parent-child relationship should be explored to help the society restore the value system.“The adoption of a public health approach in collaboration with relevant authorities such as the public service, authorities of tertiary institutions and political heads for confidential drug use integrity test to be carried out on newly recruited civil servants, including directors and permanent secretaries, and newly admitted students and individuals seeking political offices at all levels.”

It explained that the strategy would ensure early identification of individuals, who use drugs, with a view to providing help and support, and preventing dependency.Participants also called for “the establishments/resuscitation of anti-drug clubs in secondary and tertiary institutions,” while seeking a joint sensitisation and enlightenment programme on the devastating consequences of the use of illicit drugs to the people and the state in general.

Security agencies, they said, should live above board in a bid to eradicate the menace of hard drugs.The communiqué added that the measures were agreed on following concerns “about the exponential and worrying figures about illicit drug use in Ekiti State with the attendant impact on the mental health of its people and socio-economic development of the state, as well the devastating consequences of the use of illicit drugs on national security, education, mental and economic development of our youth population and women.”