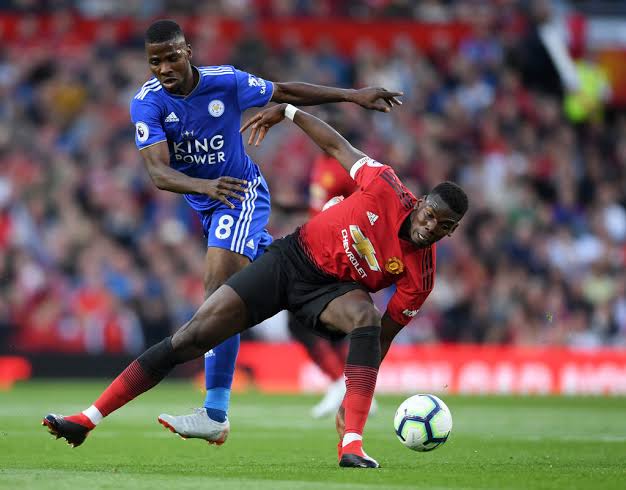 Leicester City forward, Kelechi Iheanacho, has broken the record set by former Chelsea striker, Didier Drogba, after he netted twice against Manchester United on Sunday.Iheanacho’s brace saw the Foxes eliminate United from the FA Cup and qualify for the semi-final where they will face Southampton.In doing so, the Super Eagles star has now scored the most goals by an African in the competition.

Drogba netted 12 goals in the FA Cup before leaving Chelsea in 2012.Apart from Manchester City’s Sergio Aguero, Iheanacho is the only other player within the English game to have netted 20 or more goals across the two domestic cup competitions since his debut for Manchester City in August 2015.