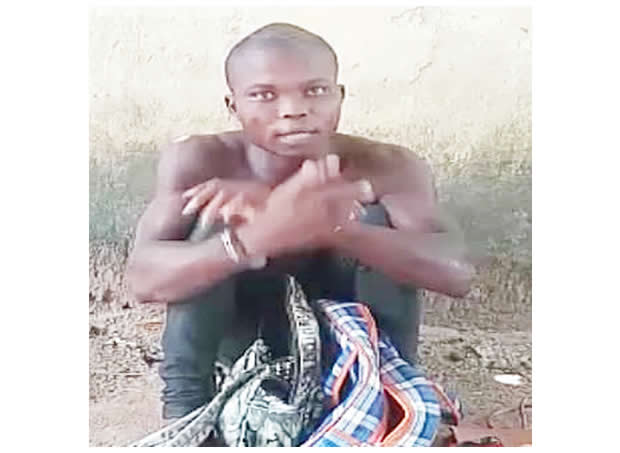 The Delta State Police Command has arrested a 35-year-old motorcyclist, who allegedly specialises in raping his female passengers.The acting Police Public Relations Officer in the state, DSP Bright Edafe, stated this on Monday in Asaba.He said, “On March 19, 2021, around 9.30pm, after a series of intelligence gathering by cultivation of informants by the men of the Oghara Division, a serial rapist, who is a motorcycle rider and specialises in picking young girls at night as passengers, was arrested

When he conveys passengers, he will divert them into the bush, rob them of their belongings and thereafter forcefully have carnal knowledge of them while threatening them with a dagger.“A combined team of police and Army personnel swung into action and arrested Ovie Michael, a 35-year-old man; nine telephones of different makes, including that of his last victim, who reported to the police, were recovered from him.”Other items recovered from him were an iPhone valued at N400,000, nine female handbags, two pairs of eye glasses, five phone chargers, two Automated Teller Machine cards and 13 SIM cards.Edafe added that investigation was ongoing.

Similarly, the PPRO said a team of policemen stormed a black spot on the Open Heaven Hotel premises in the Iffiekporo community and arrested one Mr Lucky Afejuku with 47 wraps of weeds suspected to be Indian hemp and 10 pieces of skunk weeds, popularly known as SK, in transparent plastic containers, as well as five bottles of 100 milligrams of codeine syrup.According to Edafe, the man was arrested on Sunday based on intelligence and long term monitoring by the men of the ‘A’ Division, Warri. ,,