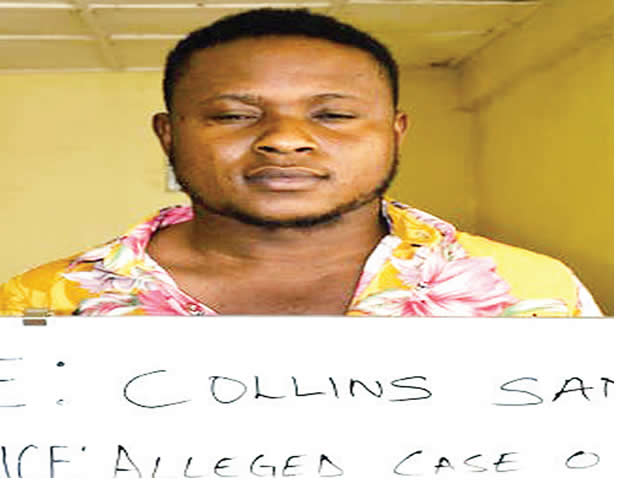 The Federal High Court in Kaduna has sentenced Collins Samuel to two years’ imprisonment for defrauding the United States of America of the sum of $8,000,.Samuel had pleaded not guilty to the one count bordering on impersonation and obtaining by false pretences.The Economic and Financial Crimes Commission had accused Samuel of receiving $8,000 offered to citizens of Virginia State under its Pandemic Unemployment Assistance by pretending to be an American.The convict redeemed the $8,000 benefit through the Bitcoin wallet addresses he got from various crypto currency traders.

At the resumed trial on Monday, Samuel pleaded guilty to an amended charge, which prompted the prosecuting counsel, P. C. Onyeneho, to urge the court to convict and sentence him accordingly.Justice P. Mallong convicted and sentenced Samuel to two years’ imprisonment with an option of a fine of N500,000.The court ordered the convict to forfeit his Toyota Camry 2010 model, an HP Elite Book 840 laptop and iPad model A 1396.The court also asked the convict to return the sum of $8,000, which was found in his Access Bank account to Virginia State through the United State Embassy in Abuja.

Similarly, One Okoh Chukwuemeka was also sentenced to two years’ imprisonment with an option of a N500,000 fine after pleading guilty to a charge of fraud.Justice Mallong also ordered Chukwuemeka to forfeit an iPhone 6S, Dell laptop model 7240 and a Toyota Camry 2010 model.The judge also ordered the convict to return the sum of $700 to the victim of his fraudulent activity through the US Embassy in Abuja.