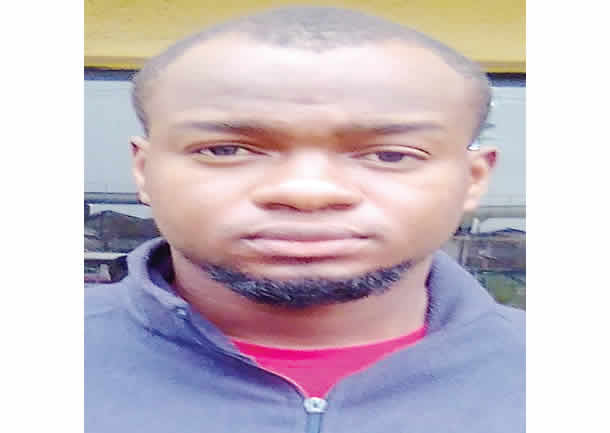 A Federal High Court sitting in Port Harcourt, Rivers State, has sentenced an Internet fraudster, Uzoma Izuchukwu, to two years’ imprisonment for impersonating an American to defraud unsuspecting victims.This was contained in a statement on Thursday by the Head of Media and Publicity of the Economic and Financial Crimes Commission, Wilson Uwujaren.The statement said the convict was jailed on Wednesday, March 24, 2021, after pleading guilty to one count of impersonation and obtaining money by false pretences.The charge read, “That you, Uzoma Franklyn Izuchukwu, (aka Jefferson Stewart), sometime in 2019, within the jurisdiction of this honourable court, did fraudulently impersonate one Jefferson Stewart with the intent of gaining advantage for yourself, thereby committing an offence contrary to Section 22(3) (a) of the Cybercrimes (Prohibition Prevention, Etc.) Act 2015, and punishable under Section 22(4) of the same Act.”

After he pleaded guilty, the prosecuting counsel, N. A. Dodo, prayed the court to convict and sentence him accordingly.The defence counsel, M. M. Suleiman, who appealed for a lenient sentence, said the convict was a first time offender.The Presiding Judge, Justice E. A. Obile, sentenced Izuchukwu to two years’ imprisonment with an option of fine of N500,000 and ordered that the phone and laptop linked with the crime be forfeited to the Federal Government.The EFCC said Izuchukwu’s journey to prison started when some officials arrested him for Internet-related activities.

“Investigations showed that the Imo State-born convict was using the identity of an American, Jefferson Steward, to defraud his victims. One of his victims, Dianne Avinna, lost a huge amount of money to him,” the agency added. ,,