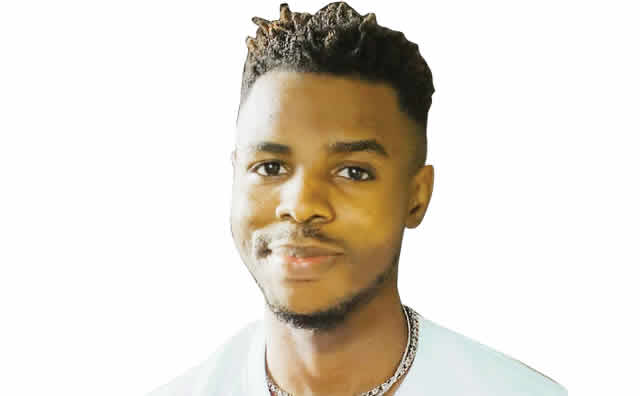 A videographer, Ifeanyi Okezie, aka Kelz, tells TOBI AWORINDE about how his drone piloting skills led to the arrest of an alleged laptop thiefYour viral video showing how you used a drone to trail an alleged laptop thief received commendation by Nigerians online. Can you narrate how it all happened?I always have my drone with me everywhere I go. That day, I was on the road with my friend who was driving; we had just returned from a location. On our way, my friend needed to use the toilet and I needed to buy something, so he stopped across the road from a supermarket. He got down and crossed over to a bushy area to relieve himself and I was the only one in the car, waiting in the passenger seat. All my gadgets – laptop, camera, and so on – were in the back seat of the car. Someone, who had been sitting in the back seat, had wound down the window but didn’t remember to wind it back up when getting down and we didn’t notice that the window was still down. My friend had the car key, so when I got down to get something at the supermarket I locked the door. Before we left the car, we noticed this guy that was just standing aimlessly on the road ahead of us. I wasn’t suspicious of anything because he was by himself.

After buying the items, I got out of the supermarket and opened the car to drop the stuff I had bought. It was then that I discovered that the laptop was gone while the other gadgets were there. The guy that had been standing in front of us was the only one that came to mind. So, I said what we had to do was find a way to reach out to the police who could help us before the person was out of reach. As my friend was making the call, I decided to fly the drone to look around because it was an expanse where we could easily lose. So, I took the drone up and I had almost 30 minutes of battery power left on it. I started looking around and I didn’t find him. I went in the wrong direction for a long time. Then I went in another direction and I spotted him. When I saw him, I didn’t even know he was the one. I saw someone putting on a blue shirt and my friend was like, ‘Bring the drone down, let’s see it well.’ So, I brought it down. It was about 200 feet high at that time. Looking closely, then I saw that the person was carrying a laptop in his hand. The distance from the place I took off to where he was was far, so there was no way for me to know how to get to him. So, the only thing we could do was to start asking people around, ‘Do you know this street? Do you know this building? Do you know where this is?’ We were using landmarks we could see along his path to trail him.

Did he have any inkling that a drone was trailing him?No, he didn’t. While he was walking, my friend was asking people, ‘Do you know this place?’ We started turning to see if we could locate the street. It was really difficult for us to locate it on our own. I lost the signal six or seven times. Eventually, I had a signal and I saw him entering what looked like a kiosk in a slum close to a canal. That was the last place I saw him and then the signal was gone, because it was very far from where we took off. I lost the signal entirely. At that point, I brought the drone down.By the time the drone landed, my friend had already contacted the police. They came around and they asked, ‘How do you know where he is?’ I showed them the footage; they saw it and told us that we should get into their van, saying they would take us and keep asking people for directions along the way.

We went to a couple of places and they kept on directing us. The only landmark we had was a gas cylinder by the roadside. So, we kept asking, ‘Where is cooking gas sold in this area?’ People continued giving us directions until we got there. Immediately we got to the canal and where that gas cylinder was, we were able to follow the narrow road to where the suspect was. When we got there, he was coming out of a kiosk and that was how we caught him.

Was he still with the laptop as he stepped out?He didn’t have the laptop in his hand, but when the policemen started interrogating him, he said, ‘It’s inside.’ They followed him inside and they brought the laptop out and they arrested him.

What was the reaction of the policemen when you told them you were trailing the suspect with a drone?They were surprised. Their reaction was, ‘How were you able to do it? Are you sure he’s the one? We don’t want to go around and waste out time?’ I told them, ‘It’s just technology. It has been there; I know how to fly this thing. That’s all I use’. They were surprised and two of the police officers said, ‘Is it not better for us to learn how to do this thing?’ They were even asking me how I started to fly. I said, ‘It’s easy.’How long did it take the policemen to arrive after your friend called?They were actually quick, I must say. I even posted on my Instagram Stories, thanking them for being so prompt. They were quick to respond. I don’t know what happened that day, but they were quick.

What was the time difference between when the suspect must have taken the laptop and when you noticed?It was about 10 minutes. I just went into the supermarket, bought what I wanted to buy and came out.

How long have you been using your drone?

I’ve been using my drone for two years now. I bought it when I was still working at a radio station, Women Radio, in late 2019. I wanted to use it to tell stories, make travel videos, film clients’ videos, and so on. A lot of my clients were saying they wanted to film estate videos, so I had to get a drone. I got it for that purpose.What do you do for a living?I do a couple of things. First, I am a radio presenter and also a TV host for Passion TV UK. I have worked with a couple of radio stations, but in March 2020, I resigned from my nine-to-five job because I needed my own time to take care of my brand and to push my radio shows and syndicate them on other radio stations as an independent radio host.How much did the drone cost?

When I bought it two years ago, it was N400,000.Can you compare your drone with the ones procured by security agencies?I know the Federal Government bought some drones for the military, but those are more expensive (than mine). Those are bigger drones; they can last longer in the air and do all sorts of things that this (my) drone cannot do.If well managed, even (just) one of those (military) drones can solve a lot of problems in Nigeria. But I don’t think they even use them often or know how to use them. They need knowledge on how to use the drones to tackle crimes and insecurity. It’s a problem. My kind of drone is smaller, yet it can do a lot.

Do you think your experience can serve as a reference point in efforts to tackle crimes in Nigeria?It would serve as a good reference point for the security agencies. In most of the comments I got, people were saying, ‘So, this is even possible and we are still looking for bandits? We’re still dealing with insecurity in the North and all these things are happening, meanwhile there is technology that can help find one man.’ If this technology can find one person who has committed a crime, it can as well find a lot of people who have committed crimes. We know these things happen and the sad thing is that nothing is being done about it. If the government is to look into security with the use of technology, I think it will go a long way. The people who could be the drivers of this technology are the young people. The old people may not have that passion for technology. Young people can also tackle insecurity in the country. But if they could just look inwards and say, ‘Let’s make it possible. Let’s equip the young people with this technology, let’s get them involved with (security) agencies and let them be part of the agencies to help them tackle insecurity,’ I think these insecurity issues will be a thing of the past