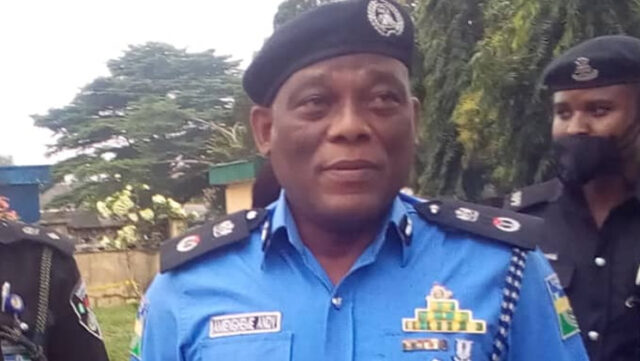 Gunmen suspected to be cultists on Monday continued their attacks on police formations and personnel and killed a police inspector, identified as Aniekan, in the state.The inspector was traced to his house at Ikot Afangha community in Essien Udim Local Government Area of the state by the hoodlums and later set ablaze inside his apartment.The latest attack which is the third in the series of coordinated attacks by the hoodlums preceded two similar ones where a police inspector was set ablaze inside a van at a checkpoint at Ikpe Annang junction in Essien Udium.The Police Public Relations Officer, Odiko Macdon, who confirmed the incident, said the Commissioner of Police, Amiengheme Andrew, is saddened by the attacks against the police personnel in the state.

We are aware of the incident and it is quite unfortunate. We are yet to really establish the remote and immediate causes of the incident and we will be able to establish that when investigations are concluded.“The Commissioner of Police is deeply saddened and has consoled the bereaved family and has ordered mass Police operations in the area.“There is an ongoing operation right now in the area and hopefully the culprits will be apprehended and I can assure you that justice will prevail at the end of the investigation,” he assured.The state government worried by security breaches in the area had ordered the restriction of motorcycle and tricycle operations within the hours of 6:00 pm to 6 am daily.