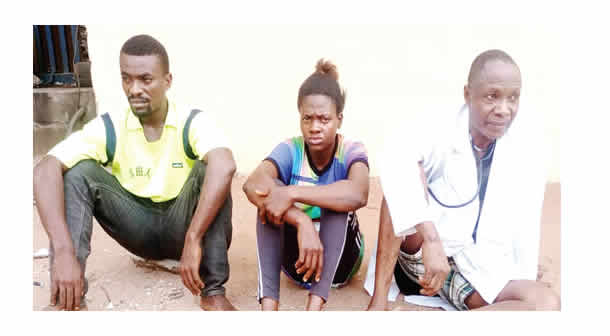 The police in Imo State have arrested the owner of Destiny Motherless Babies’ Home, Owerri, George Akanwa, for defrauding one Mrs Nkechi Mmadu of N1m with a fake promise to get her a baby for adoption.Parading the suspect, the police spokesman in the state, Orlando Ikeokwu, said personnel of the command arrested Akanwa following an investigation.Ikeokwu said, “On January 24, 2021, one Mrs Nkechi Mmadu approached one George Akanwa, who is the owner of Destiny Motherless Babies’ Home to get her a baby for adoption. Based on her request, he showed her a baby, which she accepted to adopt.“As a result of that, they negotiated and arrived at N1m, which she paid and she was told to go and wait for their call as they claimed that they would hand over the baby to her after helping her procure all the necessary documents.

However, after the payment, the said George refused picking her calls and all efforts to get either the baby or the money proved abortive.“On February 2, operatives of the State Criminal investigation Department arrested George, while attempting to defraud Nkechi Mmadu. Again, unknown to him that the woman he was dealing with was the same woman he defrauded of N1m earlier, as she disguised and used a different number to contact him.“He then went further to bring one Ogechi Amaechi, who normally brings babies to him in order to deceive prospective foster parents to ensure that they are convinced to part with their money. They were, however, arrested in the process. Efforts are ongoing to arrest other fleeing members of the syndicate.”The suspect told journalists that he regretted defrauding the woman.