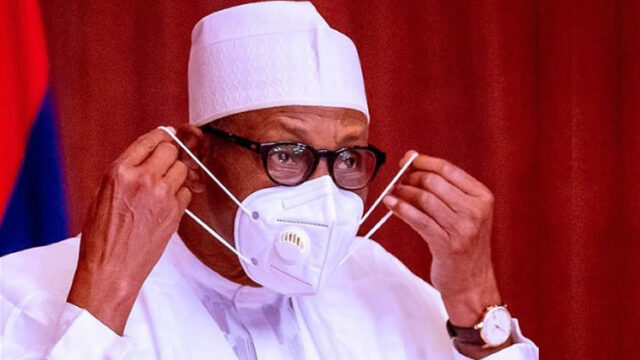 President to spend two weeks in United Kingdom for routine checkupResidents doctors fault FG, say it failed to implement agreementThe Nigerian Association of Resident Doctors on Monday insisted on its plan to begin a nationwide strike on Thursday, saying the Federal Government was not sincere in implementing agreements.The First Vice-President of the NARD, Dr Arome Adejo, who spoke on behalf of the President of the association, Dr Uyilawa Okhuaihesuyi, in an interview with The PUNCH in Abuja, said government failed to implement an agreement it reached with the doctors at a meeting held three weeks ago.

The NARD first vice-president stated this as the Minister of State for Labour and Employment, Festus Keyamo, urged the association to put on hold its planned indefinite strike.He said the planned industrial action was deemed “apprehended” once negotiation had been opened with the union

But while the Federal Government was trying to convince the doctors not to go on strike, the Presidency said the President, Major General Muhammadu Buhari (retd.), would travel to London on Tuesday for medical treatment.Recall that NARD had on March 18 told The PUNCH that families of frontline doctors, who died of COVID-19, had been abandoned by the Federal Government.On Sunday, the NARD called on its members to commence what it called “a total and indefinite strike” on April 1 by 8am if the Federal Government refused to accede to its demands.

The decision was reached during the association’s Extraordinary National Executive Council meeting held on Saturday in Abuja to review its earlier ultimatum to the governmentThe communiqué of the meeting attended by over 50 chapters of NARD was signed by its President, Dr Uyilawa Okhuaihesuyi; Secretary-General, Dr Jerry Isogun; and Publicity/Social Secretary, Dr Dotun Osikoya.But Keyamo told one of our correspondents that the association needed to put the action on hold since the government had already opened discussions with them.Our correspondent had sought to know from him what the government was doing to prevent the strike which was capable of further worsening the nation’s health sector.

Although the minister said he would not like to go into the details of the resident doctors’ demands, he said negotiation was ongoing on the demands and the right thing to do was for the action to be put on hold.He said, “The Ministry of Labour and Employment held a meeting with the resident doctors last week. We have been talking to them on the issues involved.“Right now, I don’t want to pre-judge and pre-empt the issues by going into the details but we are holding discussions with them.“In fact, there was a meeting we had with the leadership of the resident doctors last week Thursday by 1pm in the ministry. Discussion continues again.

We have already apprehended the strike because once you declared a strike and then we apprehend it, it is your duty to put it on hold.“So, we are asking them to put the strike on hold because we have apprehended it. In other words, we have called them to the table for discussion.

The purpose of calling a strike is to start the process of discussion. Strike means you want to be heard. And so, we have done that and discussion has started. So, we appeal to them to hold their fire while we continue discussing the issues involved

The principal ministry involved is the Ministry of Health. They are their employers. We, in the Ministry of Labour and Employment, are conciliators. We are not the one involved. As conciliators, we have apprehended the strike and we expect them to put it on hold.”When asked if the minister felt it would be illegal for the resident doctors to proceed on the strike since he said it had been apprehended, he said, “I will not go into that issue of legality or illegality now. But we expect them to put it on hold since we have apprehended it.”But the first Vice President of the NARD, in the interview with one of our correspondents faulted the minister.He said nothing had changed since the association met government three weeks ago, adding that what was agreed at the meeting was not implemented by the Medical and Dental Council of Nigeria.

He stated, “The purported claim by government is wrong. We had a meeting three weeks ago in which it was agreed that since the number of house officers currently in service is not up to the number budgeted for, the Medical and Dental Council of Nigeria should verify and pay them within two weeks.

The MDCN registrar behaves like a god. Nigerians should blame him. We are not having an official meeting. We are having a discussion with the Chairman, House of Representatives Committee on Health, Dr. Tanko Sununu.”“The main problem is that the MDCN Registrar behaves like a god because I don’t know how everybody will reach a conclusion and he (MDCN registrar) will go back to go and do another thing entirely. Nigerians should know that we tried to avoid the strike, if not, we would have gone on strike two weeks ago. The whole country should blame the MDCN registrar.”

In declaring the strike, the resident doctors had made some demands that included immediate payment of all salaries owed to all house officers including March salaries (regardless of quota system) before the end of business on March 31, 2021; immediate payment of all salary arrears including March salaries for members in all federal (GIFMIS platform) and state tertiary health institutions and upward review of the current hazard allowance to 50 per cent of consolidated basic salaries of all health workers and payment of the outstanding COVID-19 inducement allowance especially in state owned-tertiary institutions.Buhari embarks on medical trip to LondonMeanwhile, Buhari will on Tuesday embark on a medical trip to London.The Special Adviser to the President on Media and Publicity, Femi Adesina, disclosed this in a statement titled “President Buhari billed for routine check-up in London.”

Adesina said Buhari was expected back in the country in the second week of April after what he called “a routine check-up.”The statement read, “President Muhammadu Buhari proceeds to London, the United Kingdom, Tuesday March 30, 2021, for a routine check-up.“The President meets with security chiefs first in the morning, after which he embarks on the journey.

He is due back in the country during the second week of April, 2021.”Buhari is embarking on the medical trip at a time members of the NARD declared their intention to commence a strike on April 1.The PUNCH reports that Buhari has spent at least 200 non-consecutive days in the UK for medical reasons since he became President in 2015.His longest spell in the UK was in 2017 when he spent 51 days from January 19 to March 10; and 104 days from May 8, 2017 to August 19, 2017.

Buhari admitted at the time that he had never been so ill in his life despite denials by his aides and the Minister of Information, Lai Mohammed, that nothing was wrong with the President.

Drop your comments below…..