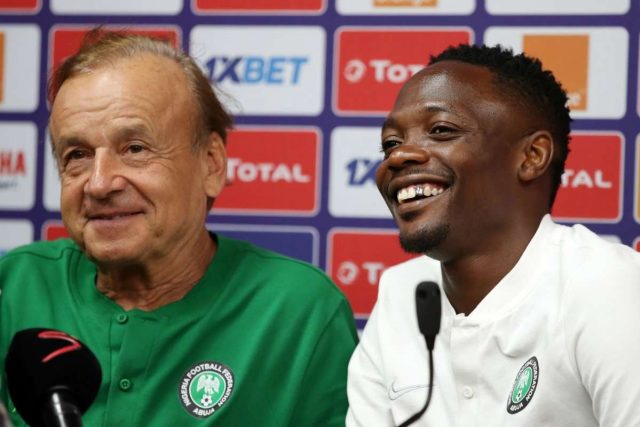 Musa, this week, signed a short-term deal with the Nigeria Professional Football League (NPFL) side.However, the winger is expected to leave if he receives offers from Europe.Musa has not had a club since he left Saudi Arabia Professional League side Al Shabab in October.He almost joined Premier League side, West Bromwich Albion back in January, but the deal collapsed due to his wage demand.“I am very happy for Ahmed Musa to be able to play again with his old club of Kano Pillars,” Rohr told journalists