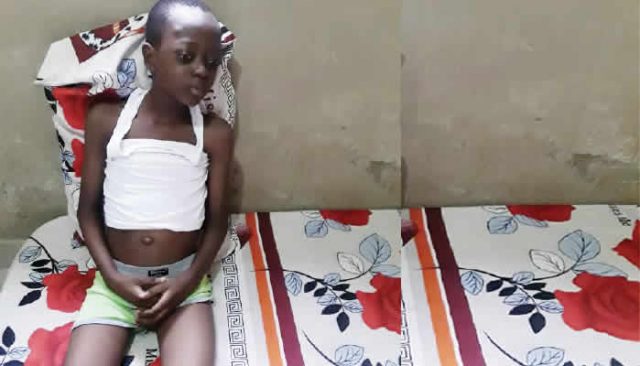 Abdulraheem Ibraheem used to be full of life, but the last seven weeks had cast a shadow on his bubbly self. His life now hangs in the balance, needing about N26m to restore health to the eight-year-old Primary 3 pupil.What is now a life-threatening ailment – acute myeloblastic leukaemia – began to manifest late February.It started with a fever, then body pain and loss of appetite. His parents initially took the symptoms as those of malaria and treated him but there was no improvement. Thereafter, antibiotics were administered to him yet the symptoms persisted.

Ibraheem’s father, AbdurRauf, told our correspondent on Thursday that the boy was consequently taken to the University of Ilorin Teaching Hospital, Kwara State.He said, “They carried out some basic tests and noticed that the blood counts are not normal. A further test was carried out on him. It was discovered that it is blood malignancy (acute myeloblastic leukaemia).“He was admitted for a while and later discharged so that he would not be prone to infection. When we got home, we noticed that he was losing blood and took him back to the hospital. He had blood transfusion and became a little stable. When we got home, his condition started worsening.”

AbdurRauf said the UITH referred his ailing son to the Obafemi Awolowo University Teaching Hospital, Ile-Ife, Osun State, for chemotherapy to stabilise him before the definitive treatment.

He stated, “He has to undergo bone marrow transplant which is not readily available in the country. We have made enquiries about a hospital in India that does the transplant. Treatment alone costs about $39,500 (about N15m).

For logistics, we were told that he would need someone to donate for him. Two donors are expected to follow him so that the hospital can choose from them. The parents are also required to follow him. The total cost is about N26m.”AbdurRauf lamented that the family did not have the means to raise the funds and appealed to Nigerians to come to their aid.

A medical report signed by a consultant, haematologist at the UITH, Prof Olawumi Omokanye, dated April 8, 2021, read in part, “marrow is normocellular from fragments trails. Erythropoiesis is markedly depressed, myelopoiesis is enhanced with preponderance of large monocytoid cells, megakaryopoiesis is depressed. Features are in keeping with acute myeloblastic leukaemia AML M5 morphology.”Donations for Ibraheem’s treatment can be made to his father’s UBA account with Account Name: Ibraheem AbdurRauf S. and Account Number: 2030831588.