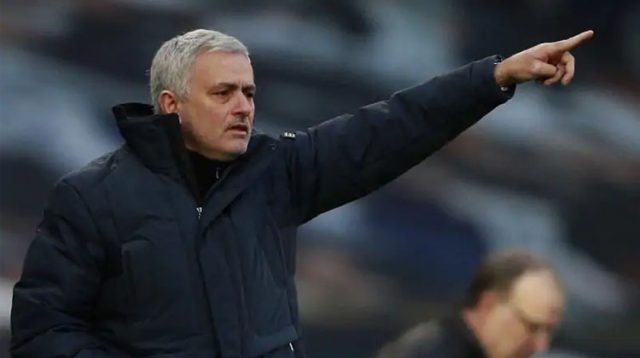 Jose Mourinho has been sacked as Tottenham coach after 17 months in charge of the London club.According to reports, Ryan Mason and Chris Powell will be in temporary charge until a new permanent manager is appointed.It was gathered that Tottenham have begun the process of appointing a new coach.Mourinho was sacked less than a week to the Carabao Cup final between Tottenham and Manchester City on Sunday.He replaced Mauricio Pochettino in the club in November 2019, signing a deal expected to end in 2023.

Last season, Tottenham finished sixth as against their previous 14th position in the Premier League.The club also qualified for Europa League but were knocked out of the Champions League by RB Leipzig at the last-16 stage

This season, the club embarrassingly crashed out of Europa League at the last-16 stage following defeat to Dinamo Zagreb.Spurs are currently in the seventh position in the EPL table, needing five points to move to the Champions League spot.Details later…