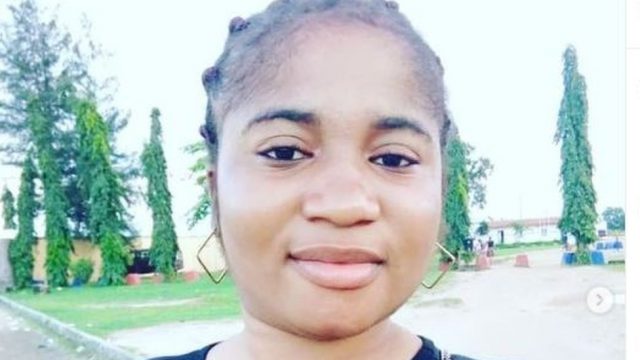 Popular Comedienne, Ada Jesus, died this morning after a prolonged battle with chronic kidney disease.Here are five things you did not know about the late humour merchant.She was born and raised in Imo StateAda Jesus was born on February 19, 1998, and she hails from Orlu, Imo state. The 22-year-old was the third child in her family.She was married with a sonIn 2018, she got married at the age of 19 and the union has produced a son.

She was a modelThe young lady studied at Imo State University. Upon completion of her studies, she started modelling and attended auditions for movies and TV Serials.She started comedy in 2018She started making comedy skits and became popular on Instagram and YouTube in 2018.Her comedy is in Igbo LanguageAda Jesus used to do her comedy in Igbo language.In February 2021, Ada Jesus’ health deteriorated as she suffered from a kidney problem and later had a stroke, which was believed to be spiritual. She died in a hospital in Abuja two days after celebrating her birthday.