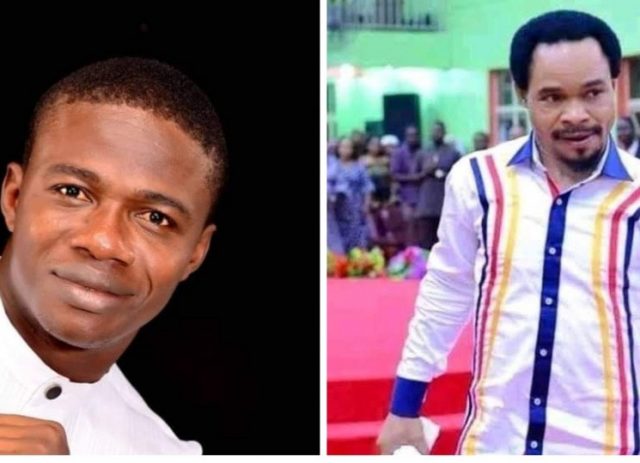 A pastor has called out Prophet Chukwuemeka Ohanemere Odumejeje for his actions when comedienne, Ada Jesus, asked him for forgiveness.

Goodheart added: “All those things he calls miracles in his Church are all staged and arranged to make him appear powerful.

“Odumejeje is not a Prophet but a mere entertainer and singer. “

He then asked Odumejeje to meet him at the National Stadium in Abuja on a set date for a spiritual battle to see which of them can call down the rain.