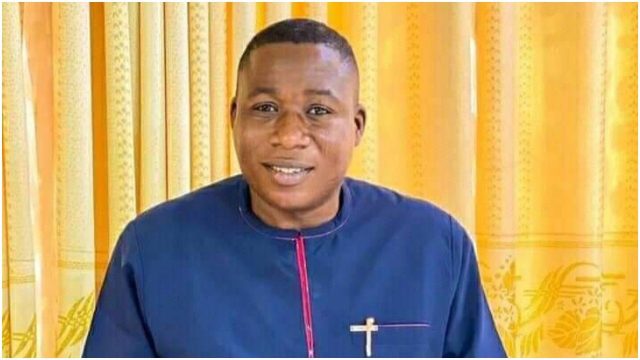 Yoruba nation agitator, Sunday Igboho’s lawyer, Yomi Alliyu (SAN), has disclosed that his client and his wife, Ropo were arrested at Benin in Cotonou, Benin Republic by the International Criminal Police Organisation.

Alliyu said the Federal Government of Nigeria through INTERPOL got Adeyemo aka Sunday Igboho and his wife, who is a German citizen, arrested on Monday night, July 19, at an airport in neigboring Benin Republic while trying to catch a flight to Germany.

The lawyer described the arrest of his client as shocking and urged the government of Germany, Benin Republic and the international community to curb the impunity of the Nigerian Government by refusing any application for extradition Igboho who already has application before the International Criminal Court duly acknowledged.

Stating that one of the persons killed during a raid on Igboho’s residence on July 1 was his business partner, Alliyu also alleged that Olalekan visited Igboho with two police escorts who were disarmed and their guns displayed to implicate Igboho.