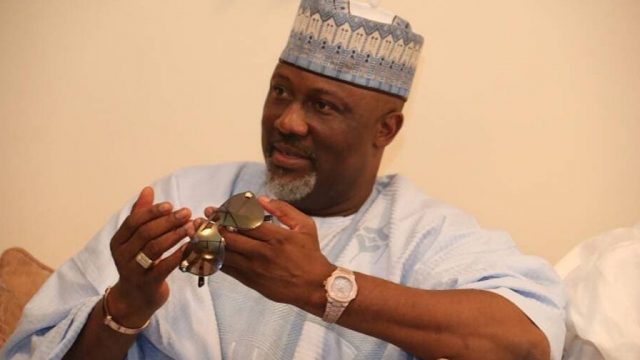 Senator Dino Melaye who represented the Kogi West senatorial district during the 8th National Assembly has denied reports that he informed Nigerians to stop sharing his pictures with suspected internet fraudster, Ramon Abass, aka Hushpuppi.

Shortly after Abba Kyari, the Deputy Commissioner of Police, was indicted by the United States in the fraud case, reports emerged that Dino Melaye was also involved.Kyari’s indictment was followed by an order for his arrest, which was issued to the FBI by the US Attorney’s Office in the Central District of California.However, Dino Melaye in a post on his Twitter page said Nigerians should continue posting his pictures with Hushpuppi because there was no reason not to.

He wrote, “There was never a time l asked people not to post my pictures with Hushpuppi or anyone for that matter because there is no reason to.“ I am a political celebrity, please continue posting jare. Wetin bird chop na im e go carry fly.”