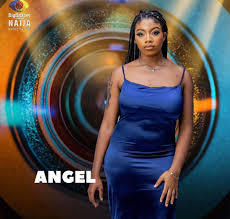 Angel has hinted on harbouring some resentment for co-housemate Whitemoney.

In a brief chat following their return to the house, Angel spoke to Pere about how she perceived some dishonesty from Whitemoney.

Both Pere and Angel had previously shared a conversation about the housemate during their time in the secret white room. In the chat, Angel described the fan-favourite housemate as fake, an opinion Pere concurred with.

Recall that both housemates got into the finals following Big Brother’s shocking game twist reversal.

On Sunday, Biggie had notified both Pere and Angel that they were to play a game of trucks and screwdrivers to determine their spot in the finals.

Events, however, took a swift change on Monday night after Biggie announced that both housemates would have a shot at the finals. Interestingly, this will be the first time in the show’s history that six housemates make it to the finals hence the notion making the rounds that recent criticism from fans may have influenced the swift change.