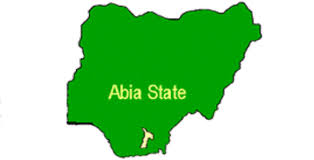 There was tension in Umuahia, the Abia State capital following the invasion of suspected hoodlums enforcing the sit-at-home order in the city.Banks, filling stations and other business centres had opened for the day’s business while there were human and vehicular movements on the roads.Tension took over the city when reports filtered in that suspected hoodlums were enforcing the sit-at-home order, from the Uzuakoli road area.

There was tension as shop owners hurriedly closed their shops and motorists deserted the roads. Banks also shut their gates for fear of attacks.

Some shop owners at the Isi Gate area, who spoke to Vanguard said some people started running and they had to close their shops and fled.“We didn’t know what happened, but some people came running that unknown gunmen were coming to Isi Gate from the Uzuakoli road area, enforcing the sit-at-home.

“They started running and we closed our shops and ran after them. After some minutes, we discovered that it was a rumour.”However, calm soon returned to the city as there were no gunmen on sight.

Traders returned to their shops while motorists, some of who had abandoned their vehicles, also returned. Most of the banks only opened their pedestrian gates.