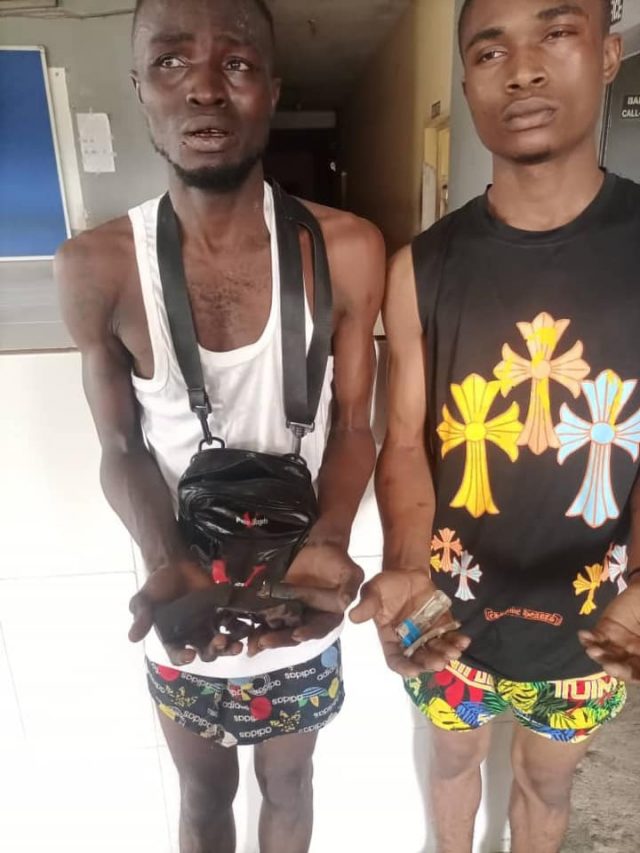 Operatives of the Delta State Police Command have two suspects and recovered some wraps of weeds suspected to be Indian hemp and locally-made cut-to-size gun from them.

Spokesperson of the command, DSP Bright Edafe, in a statement on Monday, October 11, said the suspects, Godspower Alfred and Destiny Akwara, were arrested during a raid on a criminal hideout in Ujvwu community.

“Today 11/10/2021 at 0740hrs, men of Ovwian Aladja Division raided criminal hideout/black spots in Ujvwu Community the suspects who gathered in a large number smoking Indian Hemp took to their heels on sighting the police,” he stated.

“They were chased and two of them namely Godspower Alfred age 23yrs and Destiny Akwara 34yrs were arrested and upon search, a locally made cut to size gun and some wraps of weeds suspected to be Indian hemp were recovered from them.” the PPRO added.

Meanwhile, the State Commissioner of Police, Ari Muhammed Ali, has ordered that stop and search should be intensified, while constant raiding of black spot/criminal hideout should be sustained.

The CP also urged officers and men of the Command to desist from all forms of corruption and incivility when relating with members of the public.

“The CP had an enlarged meeting with Area commanders, DPO’S, Tactical commanders and other officers in the Command on 8th October 2021 and he reiterated the fact that the command under his watch will not tolerate such, mercenaries have been put in place to check the activities of men posted and any erring officer will be dealt with accordingly, citing the two officers dismissed recently as an example to all.” the statement read.