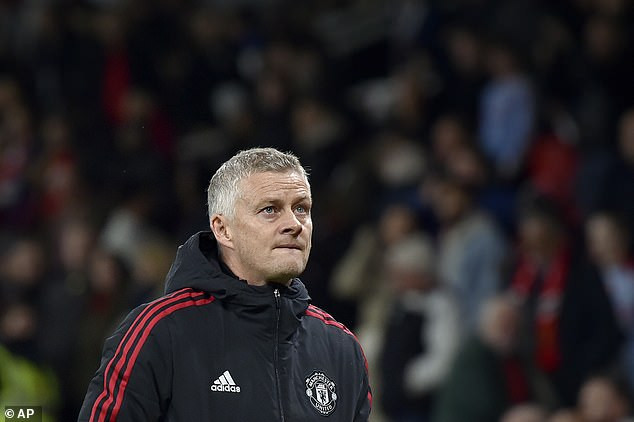 Manchester United manager, Ole Gunnar Solksjaer has stated he won’t resign after he was humiliated 5-0 by Liverpool at Old Trafford on Sunday, October 24 .

United conceded four in the first half for the first time in Premier League history and the defeat leaves United eight points adrift of league leaders Chelsea.

United have kept one clean sheet in their last 21 games but despite the growing calls for his sack, Ole says he will continue to ride on.

Speaking after the game, Solskjaer said;

‘We are at rock bottom, we cannot feel any worse than this,’ he told Sky Sports.

‘It is the darkest day I have had leading these players. Not good enough individually or as a team.’

Asked whether the disastrous defeat to Liverpool would spell the end of his managerial reign at Old Trafford, Solskjaer replied:

“It’s not easy to say something it’s the darkest day I’ve had leading these players.

He added: “We weren’t good enough individually and as a team.

“You can’t give a team like Liverpool those chances and unfortunately we did.

‘It’s mine (responsibility). That’s it,’ he added.

‘The coaching staff are very very good, brilliant. I chose the way we approached the game and we weren’t clinical enough going forwards. When you give good players spaces, they score.’

Before the game, Solskjaer had spoken of the importance of starting fast after United had to come from 2-0 down to beat Atalanta in the Champions League on Wednesday.

While United created a good opening that Bruno Fernandes missed early on, they were soon cut apart by Liverpool.

We have gone here two and a half years and had a similar approach to go high and press and today they scored their chances early on, they haven’t done that before,’ Solskjaer said.

‘Man Utd we should always try and home to go and stamp our authority early on. ‘