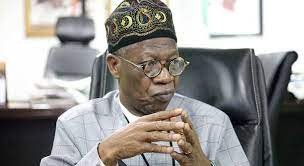 The Minister has always insisted that no one died in the Lekki tollgate shooting that happened on October 20, 2020. The Lagos state Jucidial panel of inquiry into the unfortunate incident, turned in its report to the state government on Monday, November 15, in which it confirmed that some people did die during the shooting incident and that the police and Nigerian Army are culpable of the killings.

Many Nigerians have since been waiting for the Minister to comment on the findings of the panel of inquiry.

The Ministry of Information via its Facebook page has denied claims that the Minister has recanted his previous stance. See the post from the Ministry below.