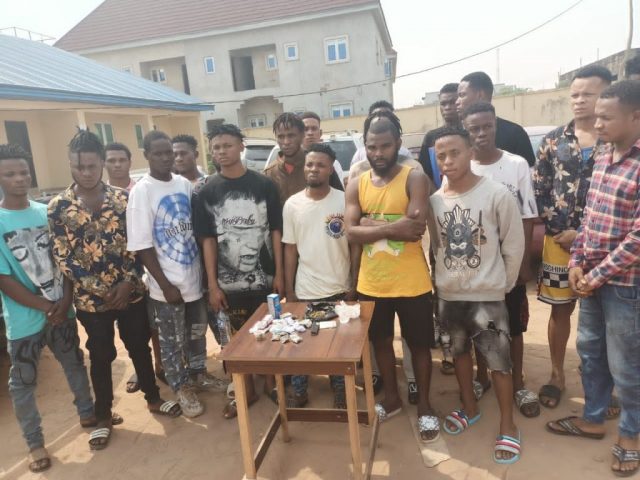 Police arrest 25 suspected cultists in DeltaPublished on February 4, 2022By Matthew OmonighoThe Delta State Police Command’s Raider’s Operatives have arrested twenty-five suspected cultists in Agbor.The Police Public Relations Officer, DSP Bright Edafe confirmed the report in a statement signed and made available to DAILY POST.He said, “some of the suspects confessed being members of Black Axe Confraternity and Junior Supreme Aiye Confraternity.While noting that “investigation is ongoing”, Bright noted that the Delta State Commissioner of Police, CP Ari Muhammed Ali appreciated officers and men for their tireless efforts in the fight against crime and criminality in the State.According to him, CP Ali admonished the officers and men to be alive to their responsibilities and discharge their duties effectively just as he thanked the members of the public and other stakeholders for their continuous support and partnership with the Command.

He assured all that the Command under his watch would not let them down.