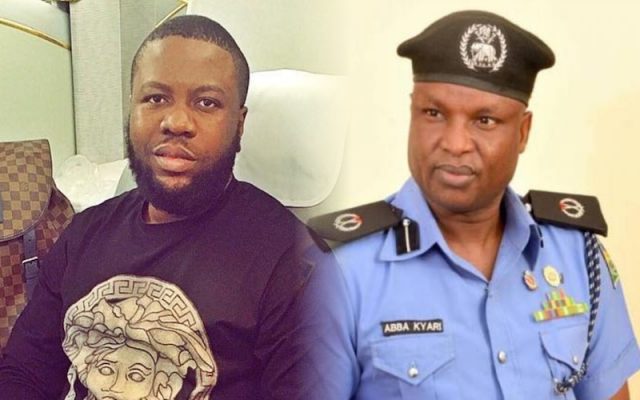 The Attorney General of the Federation and Minister of Justice, Abubakar Malami (SAN), has said that the United States Government and the Nigerian Government are discussing the possible extradition of DSP Abba Kyari, the suspended head of the Intelligence Response Team, over his alleged role in a $1m scam allegedly perpetrated by alleged international Internet fraudster Ramon Abbas, aka, Hushpuppi and five others.

In an interview with Channels TV on Monday evening February 7, Kyari said reasonable grounds for suspicion have been established against Kyari.

When criminality is involved, Nigeria and US naturally work together when there are elements of the offences that have taken place in the diverse jurisdictions.So, Nigeria is doing the needful by way of supporting what America is doing for the purpose of ensuring that the cases are tried accordingly within the context of the American context of it. And then, eventually, if there is need for local prosecution, nothing stops it.”he said

Commenting on the probe of Kyari, the AGF said

Asked if a request for Kyari’s extradition had been made by the US Federal Bureau of Investigation, he said;

FBI Special Agent, Andrew Innocenti, had alleged that Hushpuppi contracted the services of Kyari after a “co-conspirator,” Chibuzo Vincent, allegedly threatened to expose the alleged $1.1m fraud committed against a Qatari businessman. Innocenti, who said he obtained voice calls and WhatsApp conversations between Kyari and Hushpuppi, had also alleged that the latter paid the police officer N8m or $20,600 for the arrest and detention of Vincent.

The United States Attorney’s Office at the Central District of California had ordered the FBI to arrest Kyari almost a year ago.

Kyari had taken to Facebook on July 29, 2021, to deny the allegations, but he later deleted the post after editing it multiple times. On July 31, 2021, the Inspector-General of Police, Usman Baba, had recommended the suspension of Kyari, which the Police Service Commission.