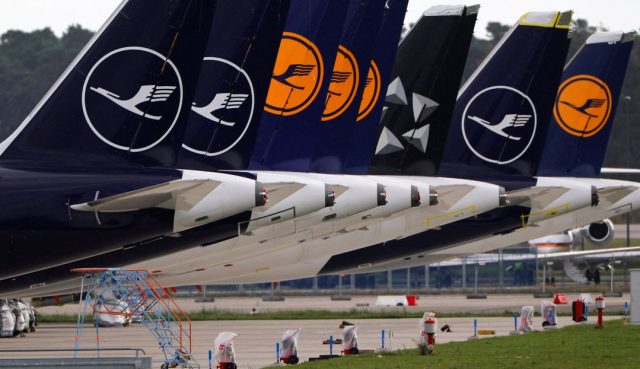 Several Airlines have suspended flights to Ukraine as fears over an imminent Russian attack on Ukraine intensify.

Airlines are trying to avoid what happened in 2014 from happening again.

In 2014, 298 people on board a Malaysia Airlines flight from Amsterdam to Kuala Lumpur were killed when it was shot down over eastern Ukraine. An investigation by Dutch authorities concluded that a missile launcher belonging to the Russian military was used in the attack. Russia has repeatedly denied any involvement.

On Monday, February 21, Air France and Lufthansa joined the list of airlines to suspend flights into Ukraine.

The French carrier said that it would cancel flights to and from the capital Kyiv on Tuesday as a “precautionary measure,” citing the security situation.”Air France will regularly reassess the situation and reminds that the safety and security of its flights, its customers and its crews, is an absolute imperative,” Air France said in a statement on Monday.

Germany’s Lufthansa said that it would suspend flights to and from Kyiv and Odessa, a southern port city, until the end of February.

The safety of our passengers and crew members is our top priority at all times. Due to the current situation in Ukraine, Lufthansa Group airlines are suspending their regular flights to Kyiv and Odessa,” Lufthansa Group said in a statement.

The US and NATO say that as many as 190,000 Russian and separatist troops are stationed near Ukraine’s border, ready to attack.