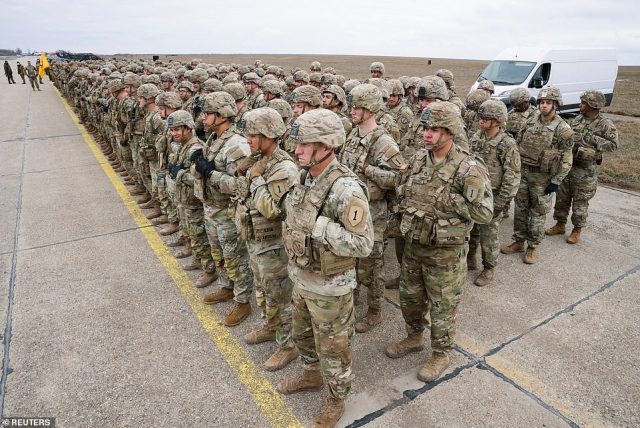 The United States and its allies in NATO are rushing to send badly needed weapons to the Ukranian military, amid growing concern that Russia may try and cut off the weapons pipeline by bombing truckloads of military assistance being sent to Ukraine to aid in the ongoing war with Russia.

Images of NATO aircraft unloading near the border with Ukraine were shared on social media on Monday.

Despite the White House approving a $350 million package of military support and the US with it’s allied supplying 17,000 anti-tank missiles to Ukraine, senior US officials speaking to ABC news say Russia may attack one of those supply chains in Poland before it gets to Ukraine.

Vladimir Putin could potentially use air power to stop the flow, ABC reported.

The supply lines could be attacked from a distance, officials believe.

Last week Friday, a US defense official told reporters the weapons were getting into Ukraine through ‘multiple venues’ .

There are multiple venues through which the support is getting to the Ukrainians on the ground,’ they said, according to The Hill.

I really don’t want to get more specific than that. We want to be able to continue to help the Ukrainians as much and for as long as we can, so we’re going to be very careful about how we talk about how that support is getting into their hands.’

Russia recently warned the West against helping Ukraine’- saying it’ll see any assistance to Ukraine as a declaration of war.